From the seller: “Welcome to this rare opportunity to acquire a cool genuine one owner beetle!

Honestly this car has had one owner from new with the v5 stating -previous owners “none” (currently on a trade slip so the next owner will be the magic owner number 2!!)

This car is a true gem and defo not to be missed !

The eagle eye of you will notice it’s the rarer 1200 base model beetle, with painted quarter lights from the factory instead of chrome, no rear vents, no radio and the non d ring steering wheel!

The car was sold by the son of his late father, after it had sat in a garage (not a damp one !) for years since he stopped driving it.

The car is nice and original, as you would expect from one owner, even having its dealer plates, original door jam stickers, liners, mats and sun visor care kit! The car has not been modified in anyway thank god and is the most original beetle I have come across in terms of it not being modified. Yes it’s had paint work in its life and yes it’s had a set of new front wings (originals are included as the original owner kept them) but it’s not your typical beetle. I was very excited to find it !

The car is solid and I mean solid. Not patch work welded solid but genuinely solid as you would expect with its history! No welding on floors or cross members which for a bug we will all know is really rare !! It’s had new spare wheel well at some point but this has been done really well! Look at the inner arches !! In factory paint by the looks of it ! The original owner used to spray oil on the bottom of it yearly according to the son (I can vouch for it being covered in it) and has stopped all corrosion! He even took off the terrible stone chip and used wax oil in the arches which again has stopped it looking like a patch work quilt like so so many !

There is no visible rust on the car it’s really nice! The paint shines well and is what I would call honest with some patches that have been painted in over the years (as you would expect) but a nice honest body

Under the bonnet it’s again awesome!, original liner, spare wheel fed washer bottle, tools, even its wiring cover ! I have honestly never seen the wiring on a bug look so stock and factory !! Nothing in the wiring has been messed with ! Also all electrics work ! Even the interior light !! Has all its covers for the inspection holes and even the original stickers

Inside the car it’s a true time warp and is again completely stock. The dash is beautiful and uncut, no extra switches, a perfect headliner ! Original mats and seats , even has the original rear load liner !! The a and b pillars are Perfect with no rot and even have the original caps for the door hinge holes ! The drivers inner doors paint has taken some wear but again it’s honest. Even has a set of nos points in a box and alternator belt ! Under the rear seat it is factory fresh and again is so good ! Never seen one like it.

Under the deck lid the original engine sound deadening is still in place and the wiring is perfect. The engine is the original 1200 the has no end float, and according to sources was rebuilt under vw warranty. It’s clean and dry with no obvious oil leaks. The it still has its original stickers on ! All tin wear is in great order and resembles it’s easy life it’s had! She turns over perfectly and it has great compression (tested) and am sure with fresh fuel will fire into life (fuel is clearly stale in the line) it’s had a new silencer fitted before it came off the road and this is still very clear !

The suspension is stock and looks good, with visible new bushes (when it came off the road) I have bled the brakes and also comes with a set of new cylinders if you should wish to change them (I don’t see the need)

Comes with its original roof rack and even has an original Westfalia tow bar fitted !

A box of spares” 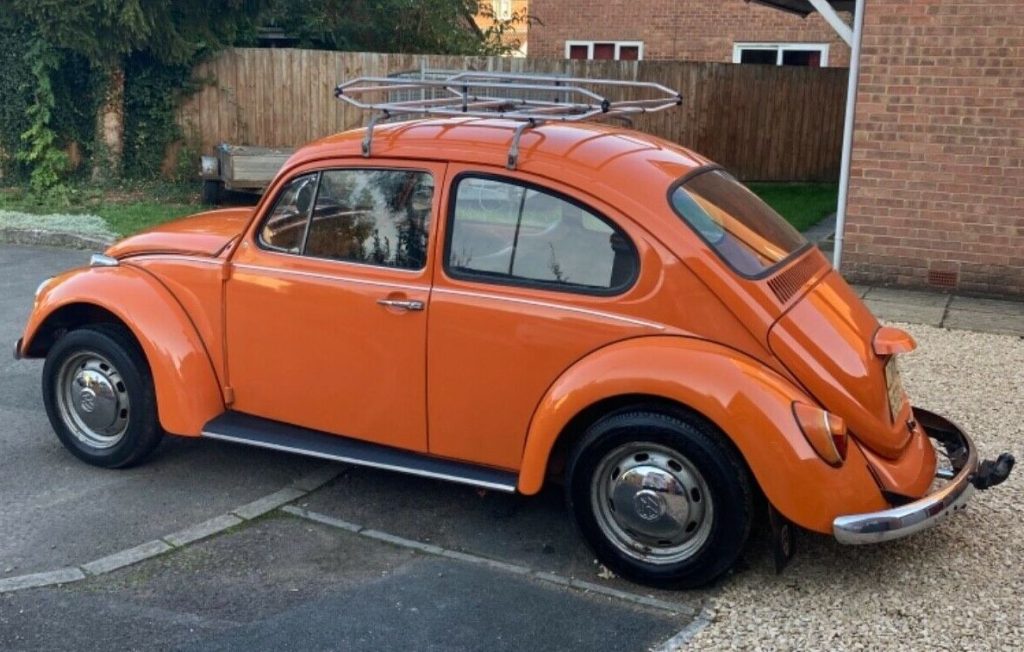 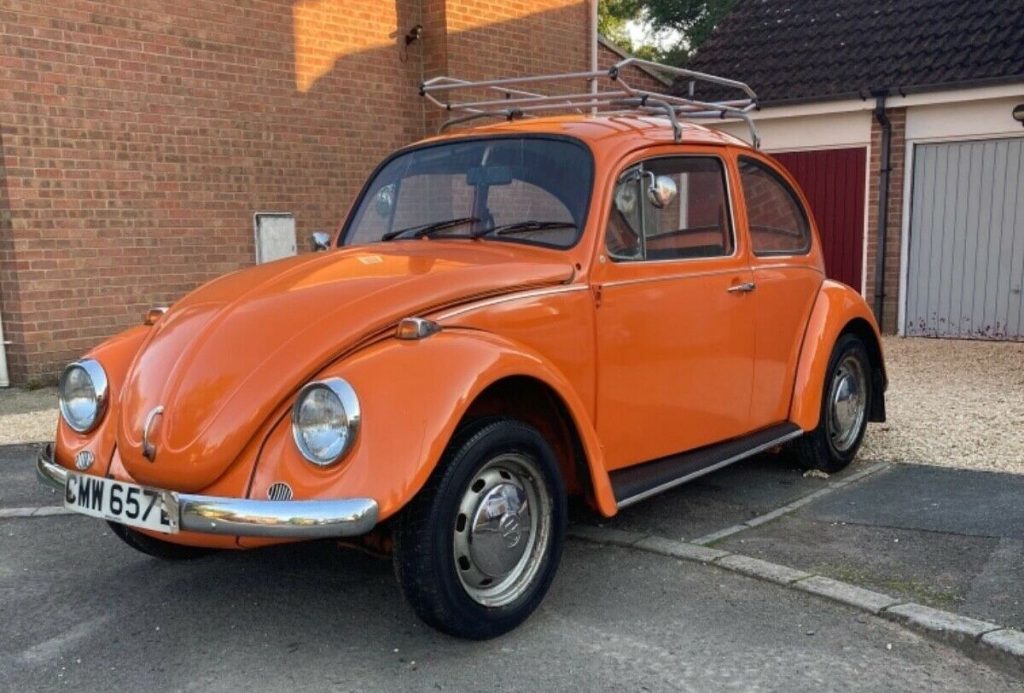 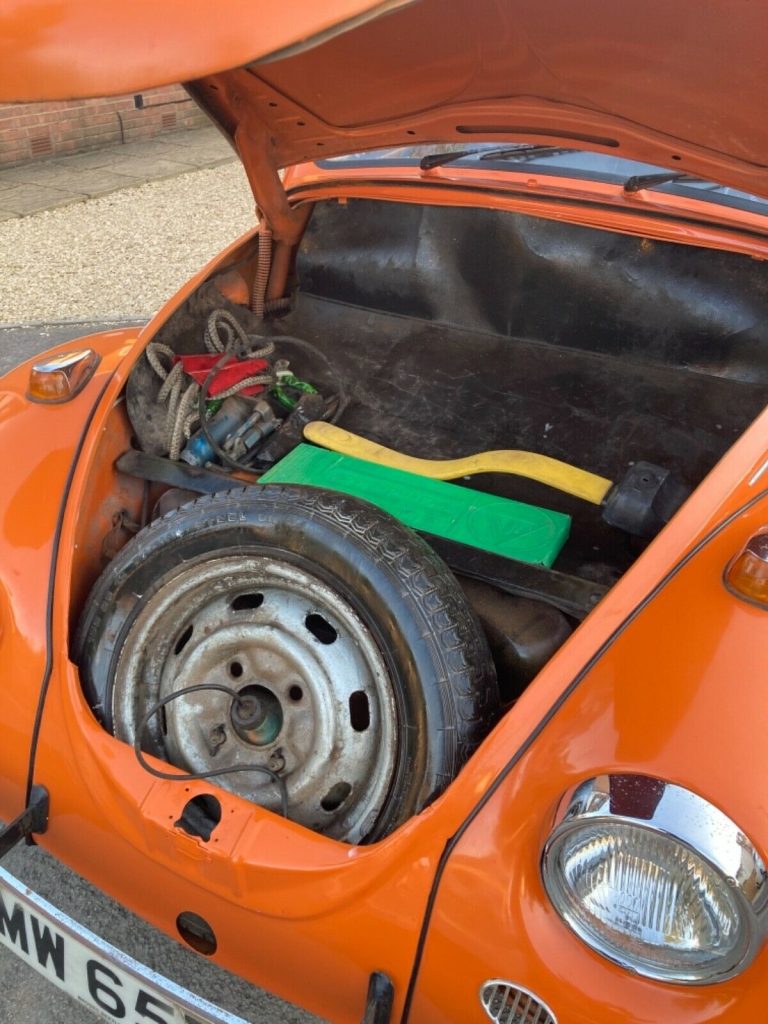 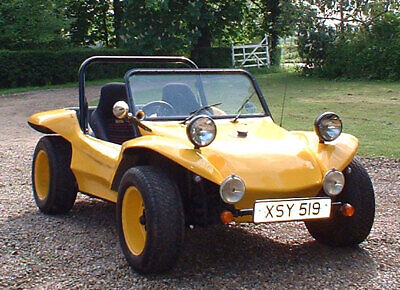 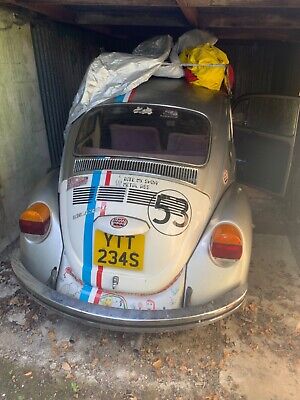 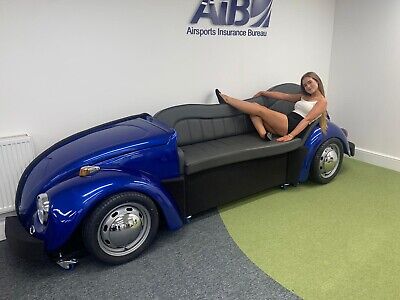 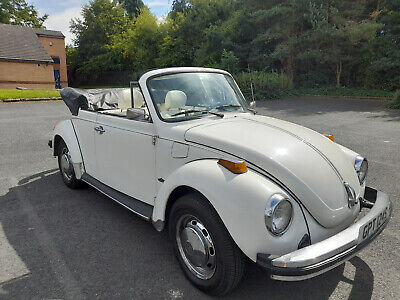 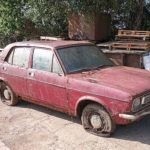 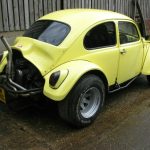 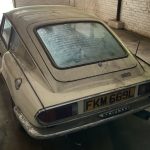 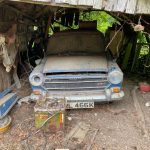 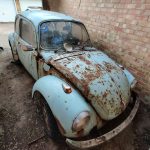 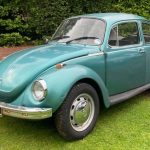 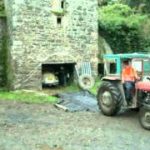 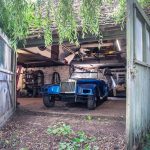