Home » Concours of Elegance plays host to one of the great racing rivalries Gulf Vs. Martini – The Battle of the liveries

The Concours of Elegance – famed for gathering together the rarest cars ever created – will showcase some of the world’s finest examples of 1970s period race cars wearing the iconic Gulf and Martini racing liveries at Hampton Court Palace in this year’s ‘Main Concours’ display.

Taking place from 3-5 September, the event is renowned as one of the top three concours d’elegance events in the world for the quality of cars it attracts; nowhere else in the UK can the public see such a high standard of rare historic vehicles.

The Gulf livery came about thanks to Grady Davis, vice-president of Gulf Oil, who in 1966 bought himself a Ford GT40, after which he formed a lasting friendship with preeminent automobile racing engineer and team manager John Wyer. From this friendship was spawned a commercial partnership and a very successful racing livery. The livery was immediately recognisable by its distinctive vivid orange and blue colours.

The Martini cars start with one of the most famously liveried and important Porsche 911s of all time – the 1973 Targa Florio-winning Martini Racing Porsche 911 Carrera RSR prototype. This car is chassis #911 360 0588, otherwise known as R6 by the internal numbering system used within the Porsche Racing Department at Weissach – the car started life in Group 4 spec, and after having been modified to Group 5 spec for later seasons, was restored to its original 1973 Targa Florio-winning specification, in which it remains today.

Alongside it sits a later 1974 911 Carrera RSR Turbo – immediately recognisable due to its huge rear wing and flared rear arches. The RSR Turbo helped Porsche’s reinforce its reputation for turbocharging in motorsport, and became necessary due to new rules and in the early 1970s which limited engine displacement and required improved fuel economy. To use turbocharging in the 3-litre class Porsche had to have a 2.1-litre engine size. This was calculated by the World sports car Championship’s governing body, the FIA, that calculated a coefficient of 1.5 for turbocharged cars to level the field against non-turbo cars, hence the 2.1-litre engine capacity. Chassis number R13, is the most successful of all the RSR 2.1s having finished second overall at the 1974 Le Mans 24 Hours.

Rounding up the Martini-liveried cars is the 1977 Le Mans winning Porsche 936. Constructed in 1976, the 936 was created to compete in Group 6 of the World Sportscar Championship. The new car had a hard task to continue the winning path of its predecessors, the 917 and 908, and was actually made of many elements of the 917 and 908 cars. The car won the 1977 Le Mans, after an impressive comeback, with a margin to the second-placed Renault of 11 laps thanks to the superlative driving of Jacky Ickx. This car is currently being restored back to its 1977 LM specification and Martini livery, and will make its ‘post-restoration’ debut at the 2021 Concours of Elegance. 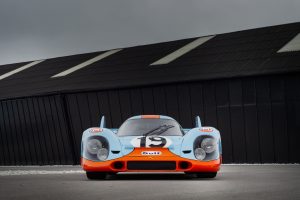 The Gulf liveried cars begin with the legend that is the Porsche 917K – the car on display being the 1970 car most notably campaigned by Jo Siffert and Derek Bell at Sebring and Richard Attwood and Herbert Müller at Le Mans, where it finished second. The result of an FIA loophole, the 917 used a mammoth 5-litre flat-12 engine and boasted a coupé body, which was 15ft 6in in length for high speed stability.

Also in Gulf livery is the 917’s smaller sibling, a 1971 Porsche 308/3. This car worked in conjunction with the 917 during the 1971 season where the ultra-lightweight 908/3 was used for winding courses such as the Nürburgring and the Targa Florio while the 917 was used at power circuits such as Monza. The 908 chassis was little changed from the 907 but evolved rapidly over the next two years, while new rules for 1969 allowed open (Spyder) cars and removed the minimum weight limit, allowing Porsche to build a car which was a lighter version of the 908, the 908 Spyder. This car won Porsche’s first world championship.

The final Gulf car on display is a 1975 Gulf Mirage GR8. A much more aerodynamically efficient design than its predecessor the GR7, the GR8 featured the well-known Ford DFV V8 engine. This car marked Gulf’s best chance of victory since the 1971 Le Mans 24-hour race, and in 1975 the GR8s did not disappoint, with the GR8/801 of Derek Bell and Jacky Ickx further adding to the team’s existing tally of outright victories, and the GR8/802 of Vern Schuppan and Jean-Pierre Jaussaud following home in a fine third place. GR8/801 contested Le Mans a further three times afterwards, and was ultimately returned to its Gulf colour scheme in which it remains, today.

Alongside the Gulf cars, also on display will be the original Mercedes-Benz transporter. This vehicle has lived as colourful a life as the cars, having at one time worn a Gulf livery and later a Martini livery. By far the largest liveried vehicle in the display, this transporter was the transporter for the Gulf-JW Automotive team in 1971 – and was the vehicle that carried the Gulf-JWA Porsche 917s to Le Mans that year – including chassis ‘026’ which is also on display at the show. The transporter went on to be re-liveried in Martini, Essex and Rothmans colours and used right through to the 962 era. It has since been restored to its Gulf Livery – at which point the various colour schemes were re-discovered under the layers of old paint. There will also be a period correct Martini-liveried Mercedes transporter present at the show.

Outside of the main display of vehicles, the Concours of Elegance will gather a total of around 1,000 cars in a number of special features and displays, including a display of unique or bespoke modern rarities in the Future Classics class and a line-up of the finest coachbuilt Rolls-Royces. New for 2021 is a collection of 95 British cars gathered to celebrate Her Majesty The Queen’s 95th birthday, and a 30UNDER30 Concours aimed at inspiring the next-generation of classic car enthusiast.

Away from the automotive displays, Concours of Elegance remains an occasion of pure luxury, with champagne provided by Charles Heidsieck, picnics by Fortnum & Mason, live stage interviews with Chubb Insurance, hosted by Jodie Kidd, and a collection of art, jewellery and fashion displays. Presenting Partner, A. Lange & Söhne, recently confirmed to support the event for a further three years, will continue to showcase some of its most intricate timepieces.

Tickets to the Concours of Elegance 2021 are available now, with full three-course hospitality packages from £288. Tickets can be bought from concoursofelegance.co.uk/tickets 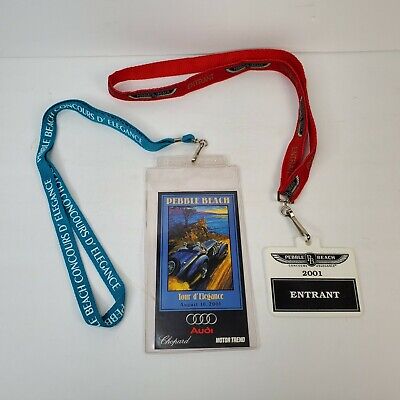 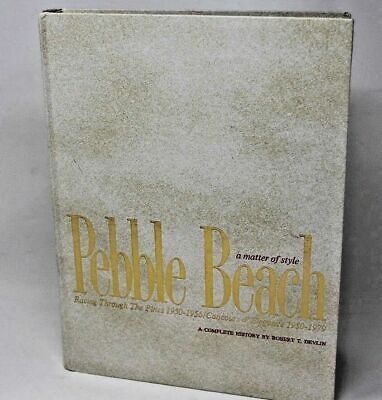 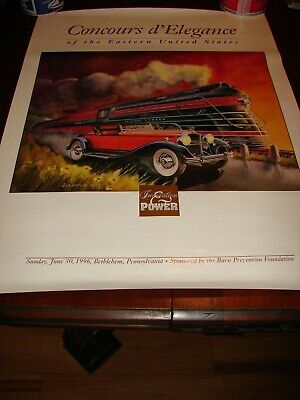 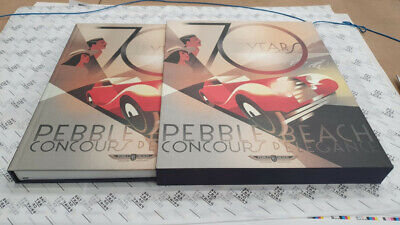 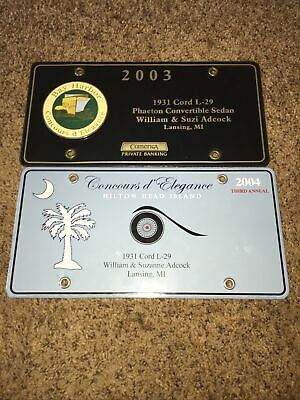 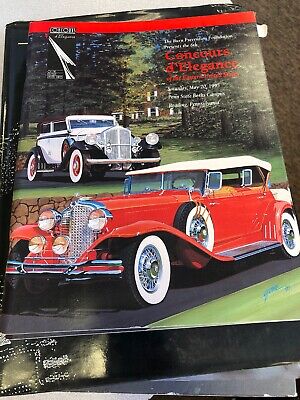 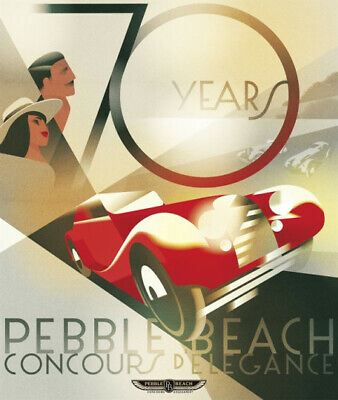 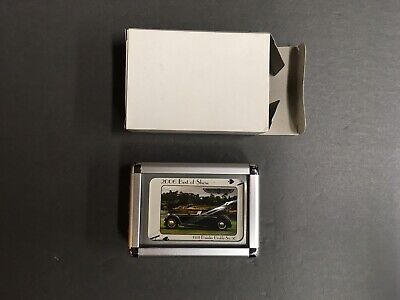 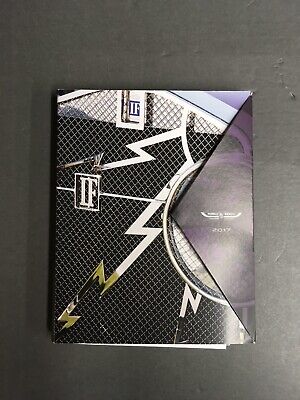 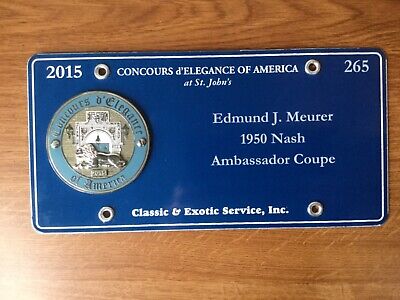 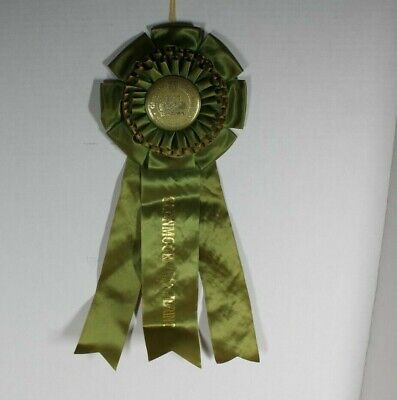 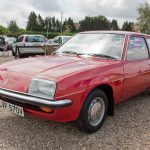 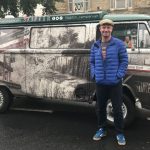 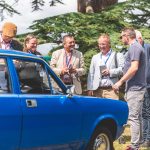 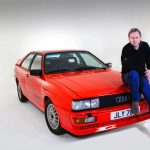 FIRE UP THE GETAWAY CAR! 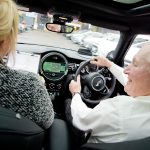